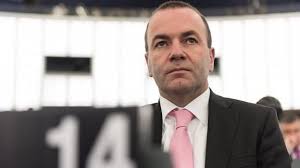 “We have stability now,” Manfred Weber, leader of the centre-right European People’s Party (EPP) said in an interview with the Athens Macedonian News Agency (ANA).

The conclusion of the final review is a message of stability, he explained adding that there is light in the tunnel provided that the measures are implemented.

Weber stressed that he has full confidence in the Greeks and sent the message that Europe is willing to help, to invest money in Greece through the funds that guarantee special terms for Greece, through the European Investment Banks, the European investment mechanism. He underlined that private investments is the key.

He also estimated that the austerity period is over and it is time for investments. He stressed, however, the need for a government that really supports the private initiative. “This is what Greece needs,” he stated.

He stressed that “a government under Mitsotakis would follow an entrepreneurs-friendly policy and many investors would see this as a message of hope, that is, a government that appreciates private initiative and invites investors to come to Greece.”