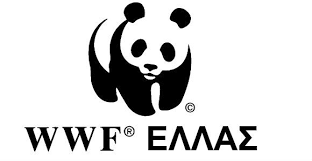 In an open letter addressed to Greek Environment and Energy Minister Panos Skourletis on Tuesday, WWF Hellas and the Greek branch of Greenpeace said that Greece’s environment ministry was working with those of Poland, Finland, United Kingdom and the Czech Republic to benefit the fossil fuel industry at the expense of public health. They demanded that the minister provide explanations for the ministry’s “obstructive stance”.

The environmental organisations said that ministers from the five countries set a joint letter ahead of a crucial meeting taking place on Thursday in which they ask for a delay in the adoption and even a re-examination of stricter anti-pollution standards agreed under the Sevilla Process for large power production plants – such as the Greek Public Power Corporation (PPC) lignite coal-burning plants – in order to avoid the cost of installing systems matching the new standards.

In Greece’s case, WWF and Greenpeace point out that PPC lignite-fuelled plants do not meet the latest anti-pollution standards and make use of every possible exception allowed under European law. In this way they generate additional pollutants that is responsible for 475 premature deaths each year, with associated medical costs approaching 1.37 billion euros a year. The figures were based on a study recently published by five non-governmental organisation entitled “Lifting Europe’s Dark Cloud: How cutting coal saves lives.”

“With one hand the government is signing the historic Paris agreement and with the other doing everything it possibly can to undermine it. The protection of the environment and public health is not a game, however, and cannot be sacrificed on the altar of the carbon industry’s interests,” WWF Hellas head for energy and climate change Nikos Mantzaris said.

Greenpeace’s Takis Grigoriou noted continued suprise “at the lengths that an environment minister will go to in order to satisfy the financial demands of the lignite lobby in the country,” as well as the refusal of the government and PPC’s management to see that lignite coal belongs to the past.

Attending the EU environment ministers’ council on Monday, meanwhile, Greece’s Alternate Environment and Energy Minister Yiannis Tsironis asked for legislative proposals for reducing carbon emissions be made “more ambitious and fairer and more effective, taking into account the GDP of each country and the reductions already achieved in relation to 2020 targets.