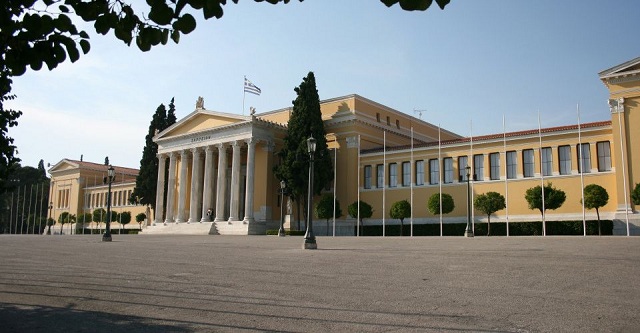 Greek and Chinese officials, entrepreneurs and representatives of academic and cultural institutes gathered at the historic Zappeion exhibition hall in Athens on Friday for the inaugural Greek-Chinese Cities forum.

As China and Greece have entered the second decade of their comprehensive strategic partnership and the two governments strongly support further cooperation in many fields and levels, the new initiative contributes to the effort to accelerate practical people-to-people cooperation, keynote speakers stressed.

The Greek-Chinese Cities forum, a new platform for Sino-Greek dialogue, was co-organized by the Amphictyony of Ancient Greek Cities and the Chinese People’s Association for Friendship with Foreign Countries (CPAFFC).

Addressing the event, Ilias Psinakis, President of the Amphictyony of Ancient Greek Cities and Mayor of Marathon, explained that the institution of the modern Amphictyony follows the tradition of the association of cities in ancient Greece aimed at promoting peace and prosperity.

The objective of the new institution is to develop multi-level cooperation at local government level starting from culture. More than 150 Greek municipalities have already joined the initiative, he said.

China was chosen as the first partner because Amphictyony’s objective is aligned with the China-proposed initiative to revive the Silk Road to enhance economic development and stability along the way, Psinakis added.

“I strongly believe… that with culture as vehicle these two civilizations, these two countries can come closer and closer and this will have direct results on the communication, trade, culture, everything,” he said.

On his part, Song Jingwu, vice president of CPAFFC, noted that the association he represents has already built bridges of friendship and cooperation in 100 countries worldwide and warmly supports closer collaboration with Greece.

A delegation of 80 members from 14 Chinese cities attended the forum. The second forum next year will be held in Beijing.

Mayor of Thessaloniki municipality Yannis Boutaris was among the Greek and Chinese officials who were honored with awards and medals in recognition of their contribution to the Sino-Greek friendship and cooperation.

“Bilateral ties are the umbrella. The state embraces, but only municipalities can bring people closer,” he said.

“As a winemaker I keep repeating: I am planting a vineyard for my grandchildren. What does this mean? It means that this bid takes much patience, a lot of systematic work, no rushing, no waiting for results overnight so at one point we can say that indeed this Amphictyony, this initiative by Psinakis, is serious and significant and can bring benefits,” Boutaris added.