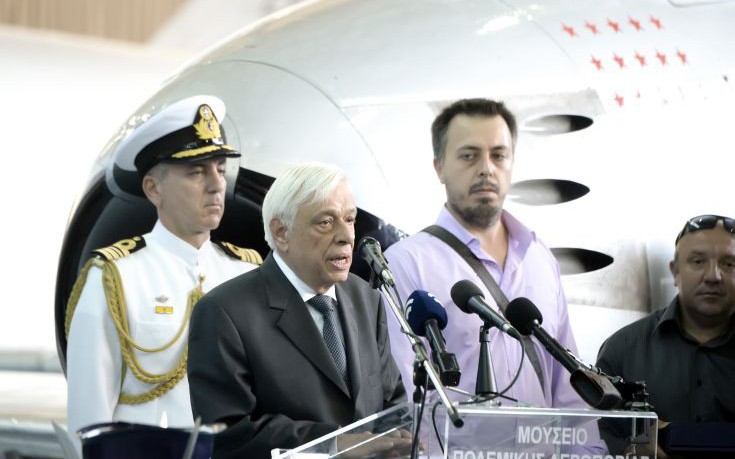 “Greece, a member-state of the European Union, defends its borders, defends its territory, defends its Exclusive Economic Zone (EEZ) in accordance with the international Law of the Sea – but these three are simultaneously the borders, territory and EEZ of the EU,” President of the Hellenic Republic Prokopios Pavlopoulos said on Thursday, during his visit to the Hellenic Navy frigate “HS Nikiforos Fokas” in Beirut.

He noted that the ship’s mission was linked with the fundamental defence of people, of peace and of the implementation of international law, while its presence in Beirut was a reminder that, in addition to being part of Greece’s Navy “you are also the Navy of the EU… and all sides must see your mission as such, understanding that when they question the mission you are carrying out, they directly question international law and European law.”

“We Greeks, united before the great and important things, have the strength and determination to contribute – as our democracy, history and culture demand – to the establishment of the rule of law,” he said.

The president noted that this message is directed “where it should be, so that all sides can understand that we Greeks strive for peace, the implementation of international law and justice. We are not the ones violating this but against all those that do violate it, we will be here, always present, beyond and outside our borders.”

“Our great European family, the EU, in this war has not had the presence it should in this region. If it had made up its mind much might have been averted, I am certain, in this terrible war. Especially in terms of the hardship for people, as expressed in the refugee waves that we have seen,” he added.