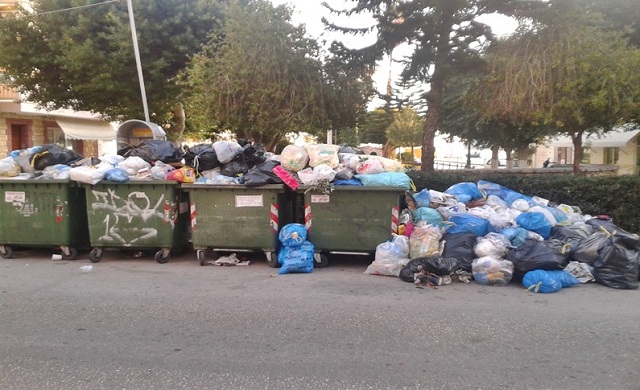 The island of Zakynthos, western Greece, is drowning in piles of garbage as garbage trucks have stopped collecting them for the past two weeks, after residents of Kalamaki blocked the entrance to the landfill in Skopos.

The volumes of rubbish in some roads are so great that some streets are completely closed to traffic. Locals from around the island say they’re worried about their health as they watch mice gathering around the garbage bags which in many cases are close to their homes.