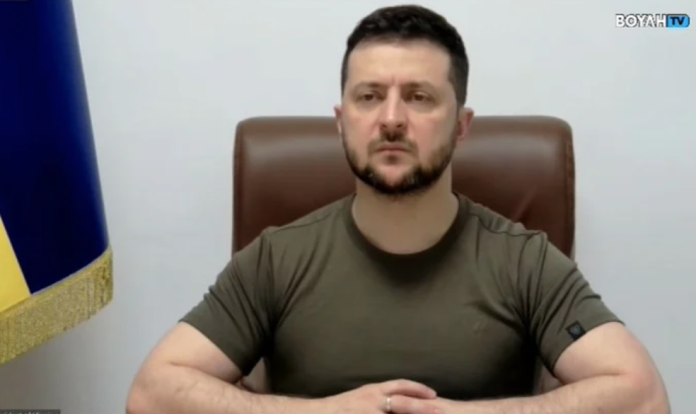 Ukrainian President Volodymyr Zelenskyy called on Greece on Thursday to use its influence in the European Union to help save “our shared heritage” in the besieged Ukrainian port city of Mariupol.

Addressing the Greek Parliament via teleconference, the Ukrainian leader said there are thousands of people trapped in Mariupol, noting that the city has been almost completely destroyed. He said the Russian military have bombed hospitals, theaters and houses.

“The suffering in both the Greek and Ukrainian communities is great from the barbarity against the civilian population,” Zelenskyy told lawmakers.

In a nod to the Greek links of the city, he said it is impossible to trace when Greeks first established themselves around the Black Sea, noting that “peaceful coexistence” was a given. He said Ukrainians are saying their own “Freedom or Death” in their fight against the Russian military, quoting the battle cry used by Greeks in the 1821 War of Independence against the Ottoman Empire.

He also mentioned the Filiki Etaireia, an underground organization founded in Odesa that set the foundations for the Greek Revolution and the creation of the modern Greek state.

“The Filiki Etaireia was formed here and this is of great importance. We could create a new Filiki Etaireia to fight, to save Ukraine and the [ethnic] Greek population. Mariupol needs your immediate support,” he said.

Zelenskyy also thanked Greece for the sanctions it imposed on Russia along with the other EU member-states, but added that Ukraine continues to be destroyed and reiterated calls for all EU countries to reject Russian oil and completely block Russian banks from the international finance system.

He also pleaded for more weapons to defend Ukraine against the Russian invasion.